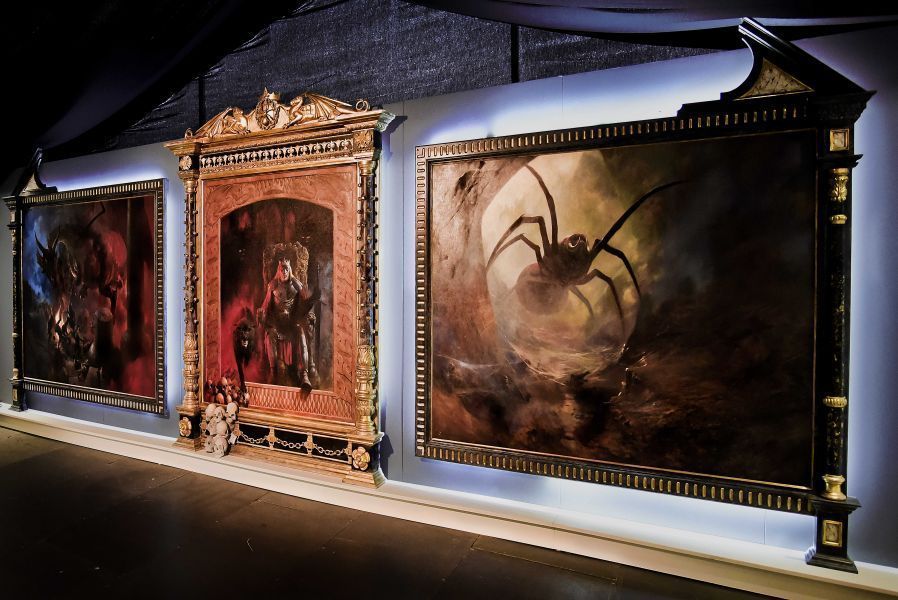 Following the success of 2014, Bloodstock Open Air is delighted to announce that the Rock and Metal (RAM) Gallery will once again be part of the festival’s line-up of attractions.

Showcasing a selection of art and memorabilia, the exhibition will expand on last year’s event, and will feature work by Bloodstock co-founder Paul Raymond Gregory, himself an acclaimed artist with an extensive body of work which includes many famous album sleeves and monolithic pieces inspired by the writings of JRR Tolkien.

Returning this year is the amazing guitar maker Cynosure. Working to re-define the guitar, not just as a functional instrument, but as a working, playable piece of art, he will present several of his unique creations including the RAM Guitar, specially commissioned by Paul Raymond Gregory.

Renowed artist Mark Wilkinson will also have works on display. Mark is the mastermind behind iconic albums sleeves for Marillion, Judas Priest, Iron Maiden, and The Darkness, amongst others. 2015 marks the 30th anniversary of Marillion’s third album ‘Misplaced Childhood’, so Mark’s inclusion in the gallery is particularly apt.

Emphasizing the links between music, imagery and the written word, the exhibition will also feature the work of photographers and authors. Fiaz Farrelly and Alison Richards will both be displaying a selection of their dynamic rock photography, while Ramon Martos – author of ‘…And Justice For Art – Stories About Heavy Metal Album Covers’ – and Alex Lewis – author of ‘J.R.R.Tolkien: Codemaker, Spy-master, Hero’ – will also be represented. Ramon’s book tells the tales behind some of metal’s best-known album sleeves while Alex’s work on Tolkien brings together Paul Raymond Gregory’s own Tolkien-inspired creations and the enormous influence that The Lord Of The Rings and Tolkien’s other writings have had on metal music.

Professionally hung, lit and housed in a specially constructed space, the exhibition marks another step in the long term goal of establishing a new permanent rock venue, with Paul returning to his roots as an artist and gallery owner in support of both art and music. The proposed venue would include a live music space with bar, rehearsal and recording facilities, and a permanent exhibition space. A true hub for British rock and metal in the heart of the Midlands, the true birthplace of metal.