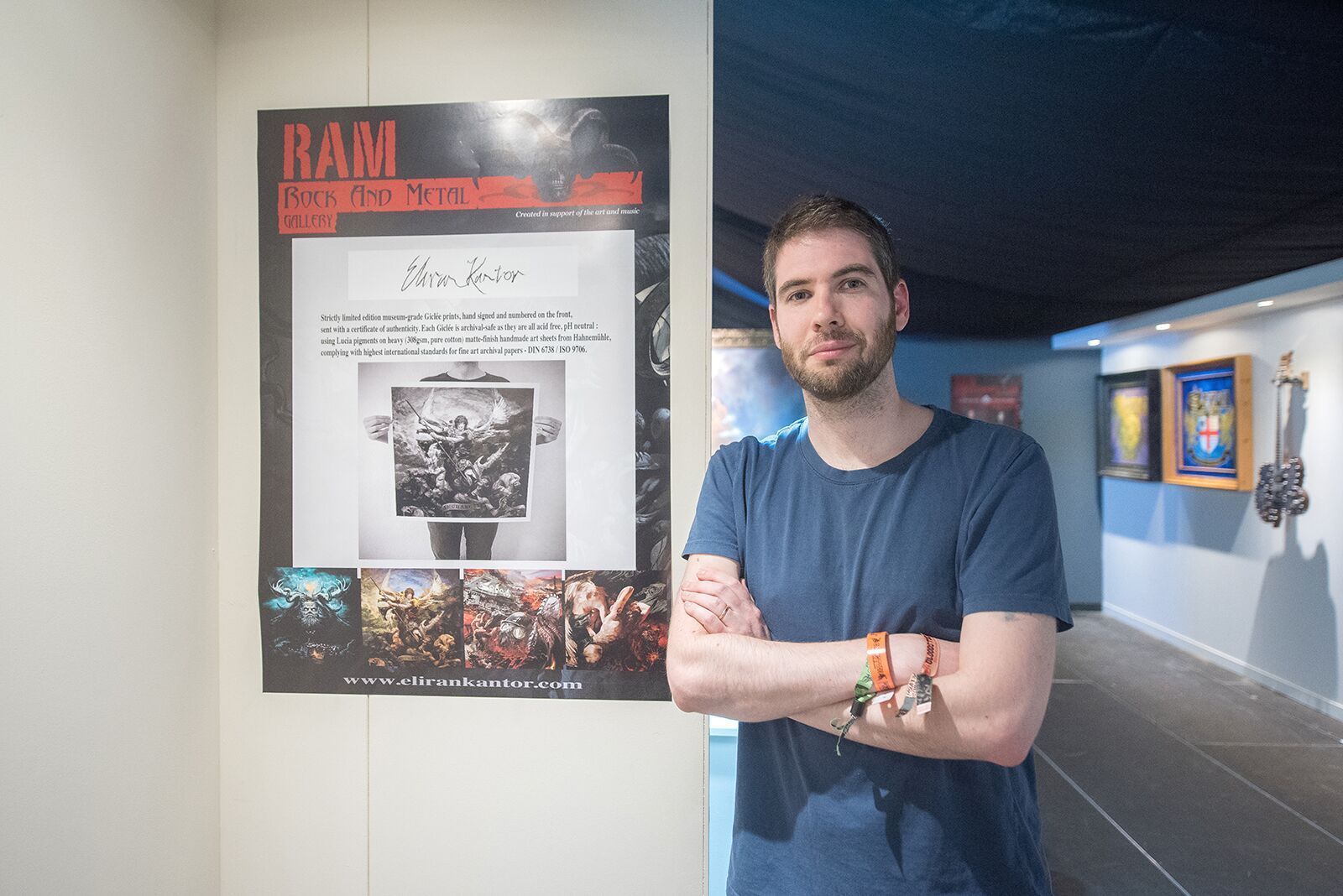 Following the success of the previous exhibitions held since 2014, we are once again delighted to have the RAM Gallery take its place in Bloodstock's stellar line-up of attractions.

Showcasing a selection of art and memorabilia, it expands on past exhibitions, featuring work by Bloodstock co-founder Paul Raymond Gregory, himself an acclaimed artist with an extensive body of work which includes many famous album covers and monolithic pieces inspired by the legendary tales of JRR Tolkien.

Making their Gallery debut this year we have Paul Harries, renowned British photographer with a portfolio to rival the best snappers in the business, Daniel P. Carter, host of BBC Radio 1's Rock Show and also a talented artist, and Eliran Kantor, a Berlin-based artist and illustrator best known for creating album covers for Testament, Hatebreed, Sodom, Soulfly, Iced Earth and many more.

Emphasizing the links between music, imagery and the written word, the exhibition once again features the work of authors Lariyah Hayes with 'Darkadya – The Book of Art From Below' and Ramon Martos with 'And Justice For Art – Stories About Heavy Metal Album Covers'.

Of the returning artists, we are proud once again to present work by Christian Sloan Hall whose distinctive style has accompanied the soul-stirring music of Bloodstock headliner Amon Amarth (including the band's vast stage backdrops), and graced many album covers and magazine features during the last decade.

Last but by no means least we welcome back RAM regular Oliver Andrew of Cynosure Guitars with custom, specially-commissioned pieces which showcase his outstanding skills as an instrument imagineer. These guitars are set to become future classics and for 2017 he has excelled himself with not one but two creations:

'The Saxon' - Styled after the band's logo, the Saxon guitar juxtaposes the mythology and history of the Viking age with raw British heavy metal attitude. Its design, reminiscent of a Viking shield, is built for the aural battlefield. Accompanied by steel-plating and Anglo-Saxon runes, this beast will conquer all in its path.

'The Wonderland' - Takes you on a whimsical journey through the eyes of its eponymous character. Visually telling the story of 'Alice's Adventures in Wonderland' through its features, the guitar is a landscape of imagination and symbolises the evolution of time. Prominent characters are personified in both obscure and clandestine manners.

Professionally hung and lit and housed in a specially constructed space, the RAM Gallery 2017 marks another important step in the goal of establishing a new permanent rock venue, with Paul Raymond Gregory returning to his roots as an artist and gallery owner in support of both art and music. The proposed venue would include a live music space with bar, rehearsal and recording facilities, and a permanent exhibition space. A vital hub for British rock and metal in the heart of the Midlands, the TRUE birthplace of metal.