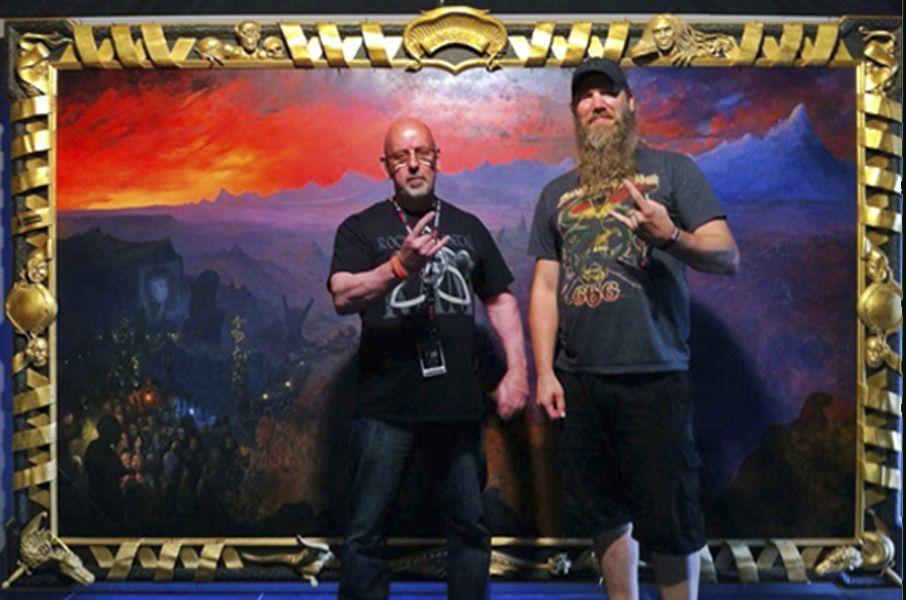 The Bloodstock Open Air team is delighted to announce the addition of a major art exhibition to the festival for 2014. Christened the Rock and Metal (RAM) Gallery, the exhibition is a permanent addition to the festival and will provide a showcase for a varying selection of rock-related art and memorabilia. The concept came from Bloodstock co-founder Paul Raymond Gregory who is also an acclaimed artist with an extensive body of work which includes many famous album sleeves and monolithic pieces inspired by the writings of JRR Tolkien. It was 1983 when Paul received his first album cover commission - Saxon’s ‘Crusader’ which was released the following year – so launching the RAM Gallery on the 30th anniversary of Paul’s entry to the metal world is auspicious indeed!

This year’s inaugural event will include all the original Bloodstock artwork going right back to the first indoor festival in 2001, alongside a substantial selection of Paul’s album art including Saxon’s latest release ‘Sacrifice’. Representing Paul’s Tolkien work, there will also be a large triptych inspired by The Silmarillion which will be presented in a bespoke hand-carved frame created by master framer John Davis. Although John has framed a great deal of Paul’s other work, the triptych features the first frame actually designed by Paul himself.

The exhibition will also exhibit some  amazing guitars created by Cynosure Guitars including a custom built guitar for Bloodstock. Paul painted a guitar for Saxon's Paul Quinn, the artwork was inspired be Saxon's album cover 'Unleash the beast' which Paul also painted. In addition, Paul will be signing copies of his recently published book ‘Beyond Time And Place’, which showcases work from throughout his career.

The original Bloodstock indoor festival featured a small art exhibition, but this new venture will be on an altogether grander scale, professionally hung and lit and housed in a specially constructed space extending to approximately 1300 square feet.

Ultimately, it is hoped that this exhibition will mark the first step on the road to establishing a permanent rock venue under the Bloodstock banner. The proposed venue would include a live music space with bar, rehearsal and recording facilities, and a permanent exhibition space. A true hub for British rock and metal in the heart of the Midlands, the TRUE birthplace of metal.