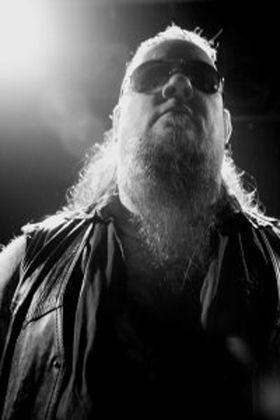 Originally conceived on a wet Sunday afternoon as a way to pass the time, Bloodstock stage manager and Metal 2 The Masses organiser Simon Hall and wife Rachel have started Heathen Wax Works, a burgeoning cottage industry producing an extensive range of hand-made candles with unique designs based on a variety of themes embracing the weird, the mystical, the horrific, and the downright bizarre. Both functional and decorative, each piece is a artwork in its own right, and a selection will be showcased in the RAM Gallery at Bloodstock 2017.

Q. Tell us a bit more about how Heathen Wax Works got started.

Simon: “It was basically one of those wet dreary miserable Sunday afternoons when you find yourself drawing designs on a candle for no apparent reason. I got a little scalpel and started scratching it out and then I thought 'Hold on a minute!' So it literally just started out of boredom. I've always had an artistic bent – I used to paint figurines when I played 'Dungeons & Dragons' years ago – so it's always been there and an opportunity arose to put it out there as something unique.”

Q. How did you go about choosing which types of designs to do?

“When we looked into it to see if it was a viable option, one of the things we found when we went online and put 'carved candles' in a search engine, there's very few out there. You could get a black Gothic candle or a bleeding candle – which is basically a red candle inside a black candle – but very few when it came to carved candles, and I think that's what cemented the idea to have a go and try and make a semi-business out of it. There have probably been more designs that have been melted down or thrown in the bin that we've attempted than are actually on sale. There's some we've done that were really pretty but they looked a bit generic, and I don't wanna do that by any stretch of the imagination.”

Q. How does the actual manufacturing process work?

“I've either created them in clay first and then we do a composite rubber mould over the top, or I'm actually carving a larger candle and sort of creating a candle from a larger candle if you like, and again, moulding it. If I carved every single one by hand we'd be charging thousands!”

Q. How has the response been so far?

“We started last September and it was crazy, although of course it's dropped off a bit since then. In this heat, who thinks about candles? It's a seasonal thing and by the time we get to September and Halloween this time round I think we'll be better prepared, and we'll have a better Christmas. But because we've both got busy jobs we're kinda glad it's just ticking over. We wanna build it into a decent online presence but we've no real aspirations as to how well it does at the end of the day. We've already been offered retail and the heckles on the back of my neck just stood up. We met some people who run some shops and they loved them but they wanted fifty per cent of everything and thousands of candles, and we're just not in that position yet. We love what we're doing, but the first time we did a market, I've never been so scared in my life! This is something we're making at home and actually putting it out there was terrifying. But actually, come of the end of it when we'd sold some and people were coming back telling us they really loved them, it helped a hell of a lot. It's a confidence thing. The parallels between putting out artwork and putting out music are there, but this is more daunting. Hopefully from Bloodstock onwards we can build up to the next level, bring out some more designs, and hopefully people will pick up on it even more.”

Q. Which designs can we expect to see in the Gallery?

“There are three designs we're gonna be launching at the festival, 'Trump In The Dump', 'Cthulhu', and 'Medusa'. Having Donald Trump in there is definitely going off at a tangent, but if I don't free float with it then I'm not being honest with myself. We could do a load of really generic ones, pump them out, and make money off it, but it's me and I'm happier doing what I really want to do. I don't class myself as an artist given the company I'm gonna be keeping in the Gallery, but it's my prerogative to do what I want and that's artistic.”