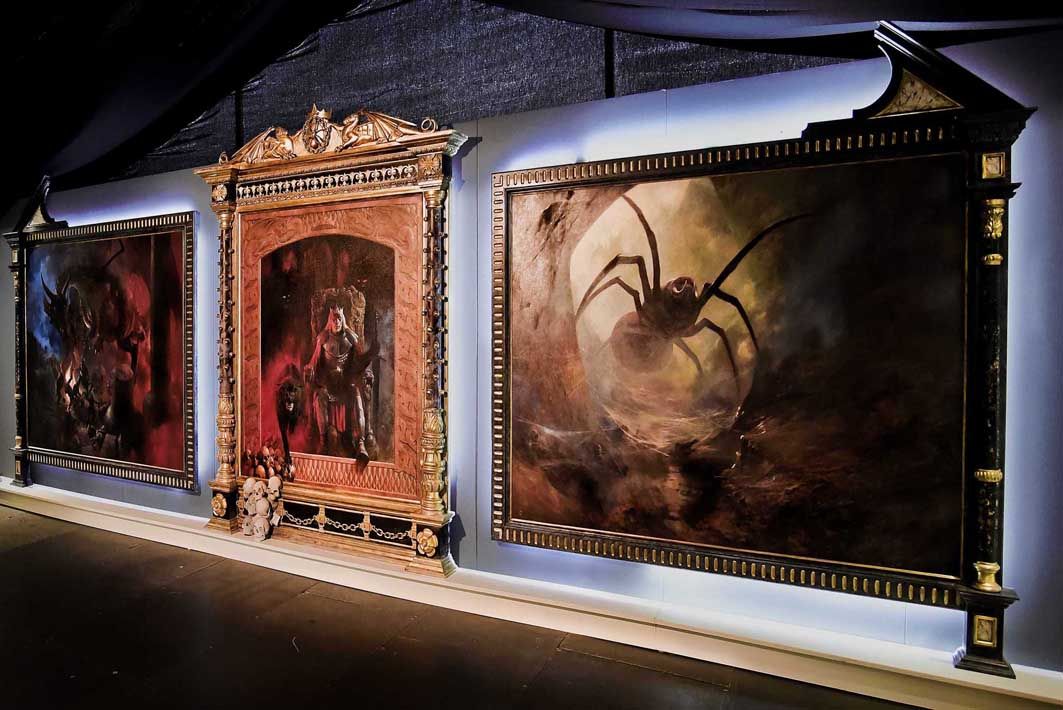 I was please to announce the addition of more artists in 2015 RAM exhibition Cynosure was the only artist to return with his stunning bespoke guitars. appearing this year with the RAM guitar commissioned for the gallery as part of its collection, to say I was delighted with the result would be an understatement.Mark Wilkinson had on display some of his work for Priest and Maiden's latest album,he also brought along a print of the artwork for Marillion's misplaced childhood, a very apt addition given the album's 30th anniversary. This year also saw the addition of two talented photographers, Alison J.Richards and Fiaz Farrelly both well respected for their stunning imagery of the metal fraternity.The gallery's mission to embrace the arts saw yet another art form with the inclusion of two authors both with a direct links to our preferred genre. Alex Lewis famed for his work on Tolkien had just launched his new book a ground breaking biography on Tolkien titled: Codemaker, Spy-Master, Hero. Author, Rock And Metal Journalist Ramon Martos who is a big supporter of the Gallery and its aims was delighted with the response at Bloodstock for his book - And Justice for Art.

Once again a big thank you to all who visited the gallery and for showing your support. Roll on 2016 with hopefully the completed Mordor Festival painting and more art for the RAM Gallery.