Paul Raymond Gregory was born in Derby in 1949. Encouraged by his art teacher Paul decided to created less conventional paintings than his peers. His early work mostly atmospheric landscapes, were usually painted on location and gave Paul a great appreciation of nature in all its diversity and moods. Paul's artistic journey has taken many paths including owning his own Gallery.

Chapel Cottage Galleries was located in the Derbyshire village of Spondon. Paul purchased two dilapidated cottages and convinced the local authorities that a gallery would be a preferred option to demolition. It was at this time Paul decided to take his journey with Tolkien's fictional universe which had fired his imagination from a young boy towards the world of fantasy art.

The Gallery held many successful exhibitions from local and international artists. Terence Cuneo had a one man show at the gallery showcasing some of his iconic work including his steam locomotives. https://en.wikipedia.org/wiki/Terence_Cuneo The gallery sold many of Cuneo’s original work and the exhibition was extended for another two weeks.

David Shepherd also held a one man show at the gallery. As part of the exhibition David held a talk at the Assembly Rooms in Derby, the birthplace of Bloodstock.  David was famous for his wildlife paintings and also painted and owned steam locomotives.

Paul later sold the gallery to concentrate on his own work www.studio54.co.uk  His Journey with Tolkien has been life changing in many ways. In 1983 his leap into the world of music presented itself via Saxon’s manager who saw one of Paul’s Tolkien inspired paintings. It was a few years before Paul took on his next challenge “BLOODSTOCK” From indoor to an open air festival has seen many opportunities and challenges. Paul’s next journey is to bring together the link between art and music by creating www.rockandmetalmuseum.com

In 2001 Paul created the cover artwork for SAXON's album "Killing Ground". This was also the year of Bloodstock's inaugural event, who his now good mates Saxon agreed to headline! 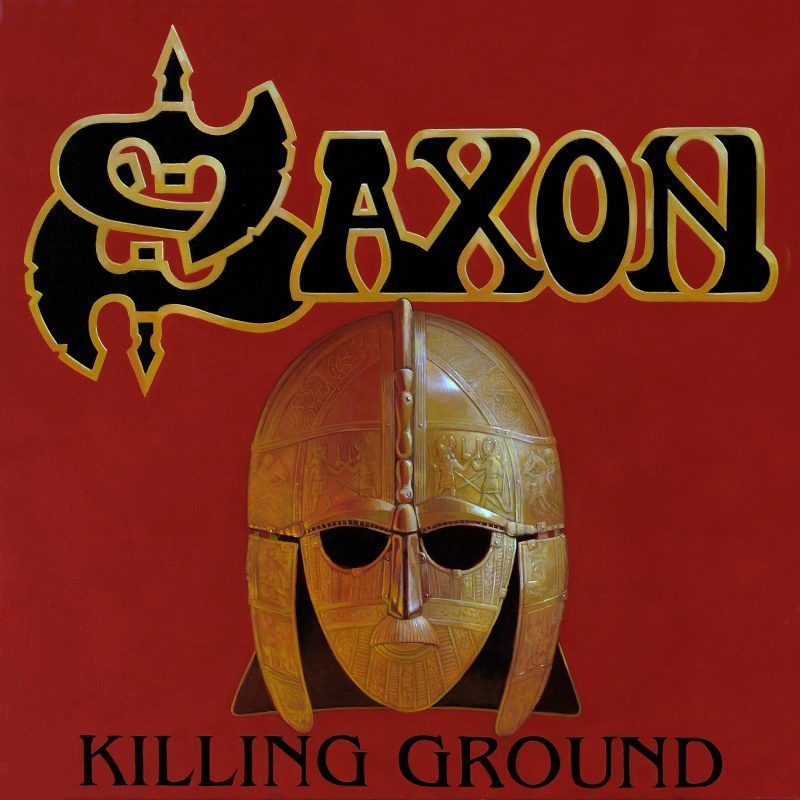 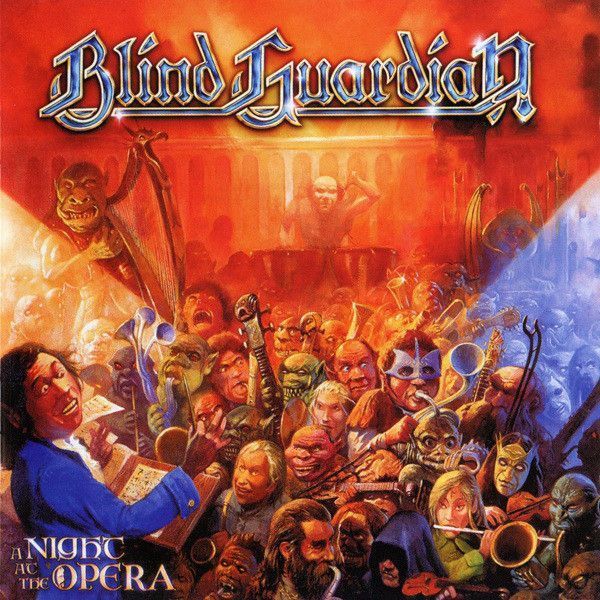 Paul had the idea of showcasing some of his own album art at the festival in 2002 although this was not the www.rockandmetalmuseum.com project it must have been the subliminal event. This showed not only Saxon's albums but also the original Bloodstock artwork from 2001. Paul also held another exhibition in 2003 when Saxon again headlined. The gallery remained along with the band signing until the festival moved in 2006. Paul decided in 2014 to create an onsite Gallery at Bloodstock Open Air titled the RAM GALLERY. Paul wanted to showcase not only his own work but also the many talented artists of the rock and metal fraternity. This has now become a yearly event showcasing writers, Photographers and artists with the aim of creating a permenant venue. 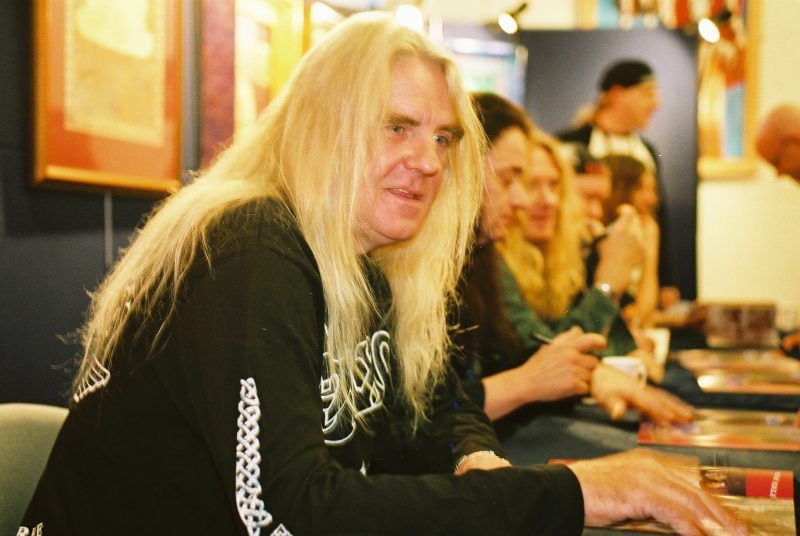 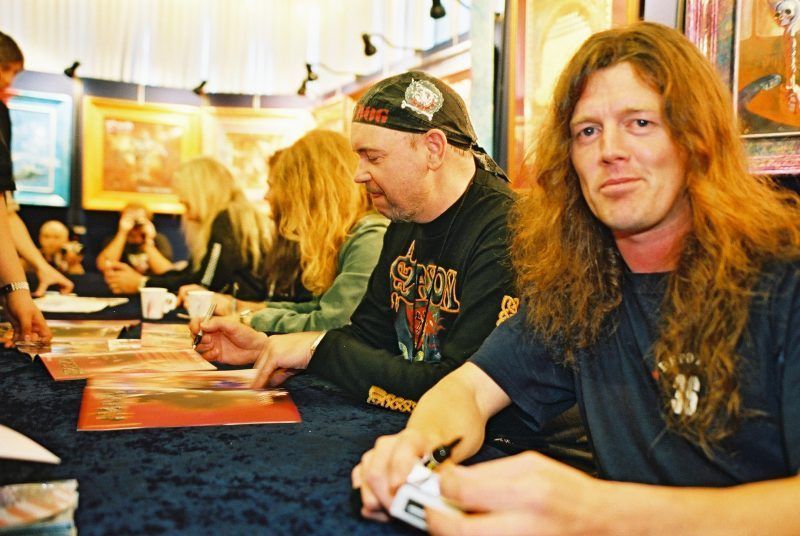 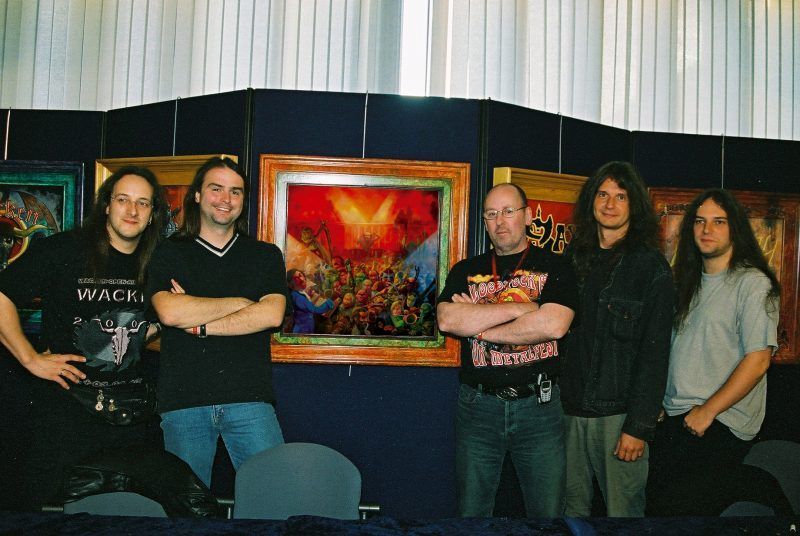 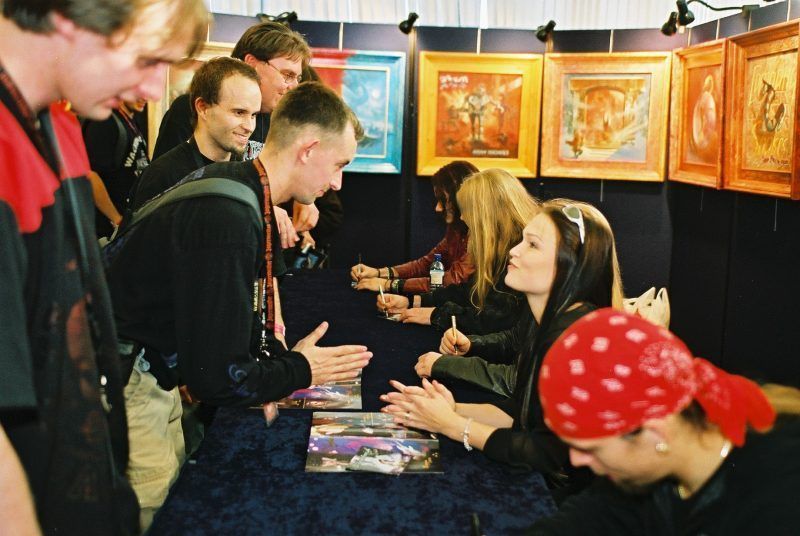 FIRST SIGNING OF THE BLOODSTOCK ARTWORK 2002 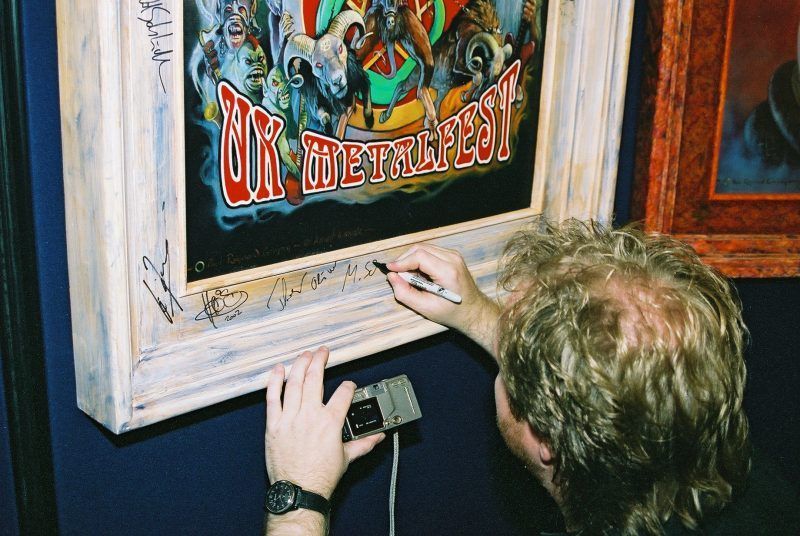