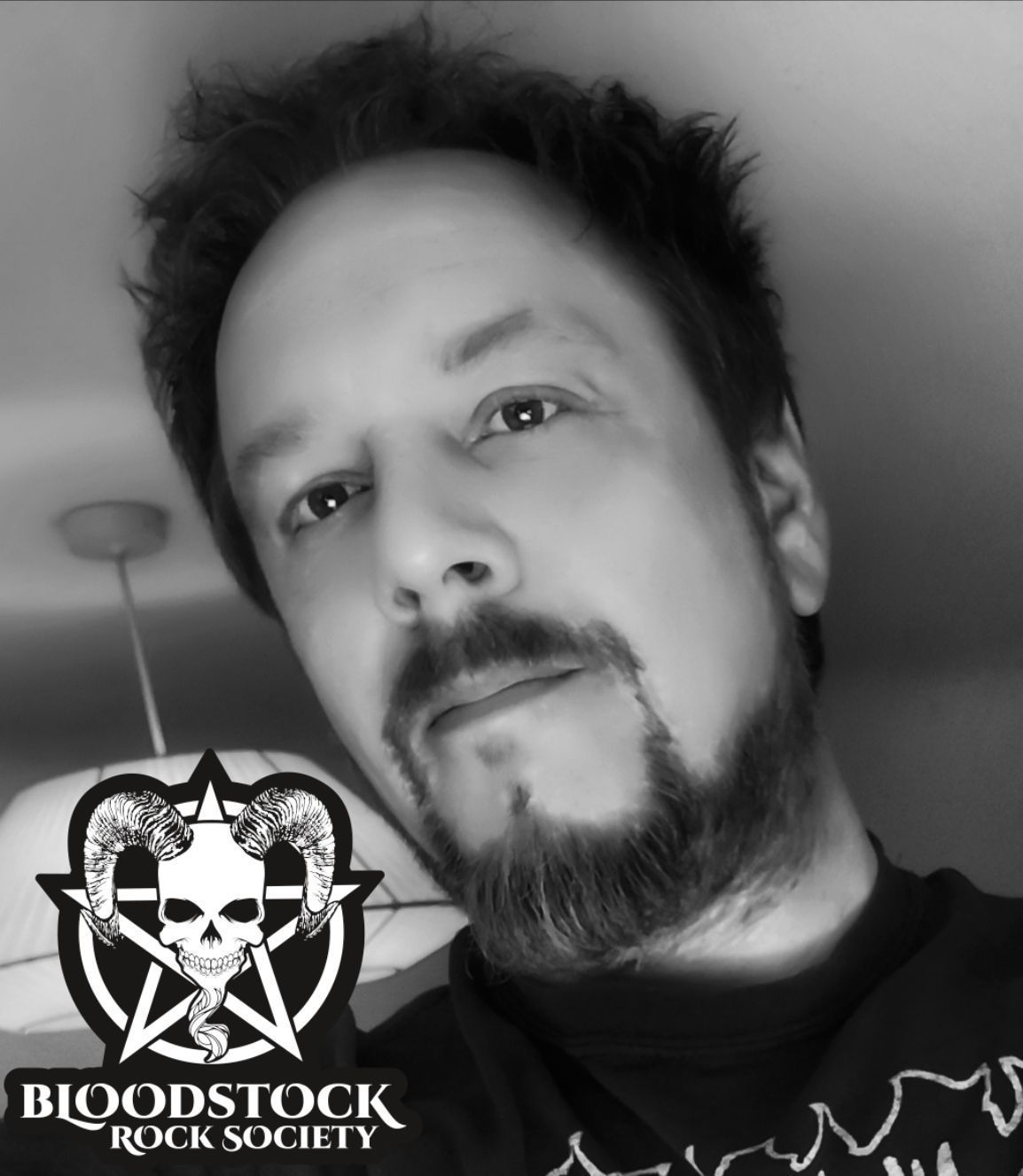 Matt Negus is a veteran photographer known for both his live and studio work with a long list of rock and metal bands. In 2015 he joined the Bloodstock family, becoming the official photographer for the exclusive backstage tours offered by the festival's Rock Society.

Q. How did you discover heavy metal?

“My older brother was into it and because I was from quite a religious family, it was pushed into a corner. He never played it in the living room, he was always in his bedroom. When I was young I could just hear this noise coming from his room and it always intrigued me. One weekend when he was away I snuck into his room – I guess I was probably about eight years old – and I was looking through his record collection and I was so excited by all the front covers. All the classics were there and I was like 'Oh my god look at this!' It was like peering into Pandora's Box because I wasn't supposed to be looking at it. There was really cool imagery speaking to me like Iron Maiden 'Killers', Metallica 'Kill Em All', and Saxon and Motorhead and all these super cool images. Later that year I got a record voucher from my grandmother and I walked into Our Price with my mum who said 'You can buy whatever you want.' She was expecting me to buy some chart music but I had a really vivid image in my head but couldn't remember the name of the band. So I went to the guy behind the counter and described the front cover and it was 'Kill Em All' by Metallica. So that was my first ever album and I remember putting the needle on the record for the first time and hearing 'Hit The Lights' and I was like 'Holy shit!' From that moment onward, that was it.”

Q. How did you get started as a music photographer?

“I had started doing live reviews for magazines and they knew I was an avid photographer. One day I was doing a live review of a Therapy? show in Aberystwyth University and I don't know whether the photographer couldn't make it or pulled out, but they just asked me to do it. They were really pleased and it just snowballed from there.”

Q. What proportion of your work is shooting bands on stage versus in studio?

“I would say it's 60/40 where I'm doing 60 per cent live and 40 per cent promotional stuff. It could be word of mouth or local bands that I wanna support. I support small record companies that inspire me, and of course then into more international bands. But it's been so weird over the last sixteen months with there being no live shows. During lockdown I did a couple of videos for Raging Speedhorn and they've been received really well.”

Q. What's the most high-profile project you've worked on?

“Probably the biggest thing I've done is help film a Blu-ray release for Metallica in Copenhagen which was pretty cool. I got to hang out with them a few times and they're all pretty cool people, so that was a pretty good week. But to be honest, my favourite ones are when I actually know the band. I know a couple of the guys from Down, although I've worked more with their side projects. I've worked with Crowbar quite a lot and I actually did a really fun shoot with Kirk Windstein in the RAM Gallery. He had Lemmy's bass and it was really fun because he opened up a bit and there was gurning, not just standing there looking boring ha ha! That was really good and one I tend to think of quite a lot. Then obviously I like shooting my favourite bands. I love Goatwhore and any chance I get I'll shoot them. Shooting Gojira, I love them, shooting Slayer... So any time I shoot a band I absolutely adore I feel like I have to give them even more effort because they've given me so much.”

“I like to come away with an exclusive shot. I don't want it to look like anybody else's work if I can. You can have ten people in the photo pit and we can all take photographs otherwise we wouldn't be there. We could all get 'the' shot but when you look at live reviews every picture kinda looks the same. That's where I try to be different, if I can be, and try to take a photo that you'd want on your wall because it's that bad-ass. I try and make every shot look like a poster.”

Q. How did you become involved with Bloodstock?

“I was quite late to it to be honest. In 2013 I went for one day and absolutely fell in love with it. I was gutted that I was leaving while the festival was still going on. Being really excited to be going back the following year I did loads of research and found out about the Rock Society which sounded so cool. So I joined in 2014 and absolutely loved everything about it. I went on one of the Rock Society backstage tours and it was really cool to see the logistics of how things are run. But one thing that really annoyed me was people walking around with their phones taking pictures all the way, which is kind of ironic with me being a photographer. Suck it in rather than trying to capture it on your crappy phone ha ha! Phones weren't as good as they are now. I said to the Rock Society that it's fantastic what you're doing but it's a shame that people are walking around, quite rightly wanting to capture images of them backstage. So I said why don't I come and work for you guys and I can document the Bloodstock Rock Society weekend, document the tours etc. and that was it. The next year I was there doing it!”

Q. What was your first impression of the RAM Gallery at Bloodstock?

“Going back to the beginning of this, it's the artwork that grabbed me. That's what pulled me in and it's one of the many ingredients I love about Bloodstock, this huge, beautiful indoor space which shows off Paul Gregory's work, the guitars, guest artists and photographers, historic pieces – visually rather than audio which really bridges that gap. Everyone's so respectful and you get that even more at Bloodstock because it's such an amazing festival. When I walk in there, it brings back the emotions of me flicking through those album covers. You see parents walking around with their tiny kids and they're teaching them. It's like our school book and the kids are all excited about it. Then you'll see an old couple walk in and they're like 'Wow! I remember this!' Bloodstock would lose so much if the RAM Gallery wasn't there.”