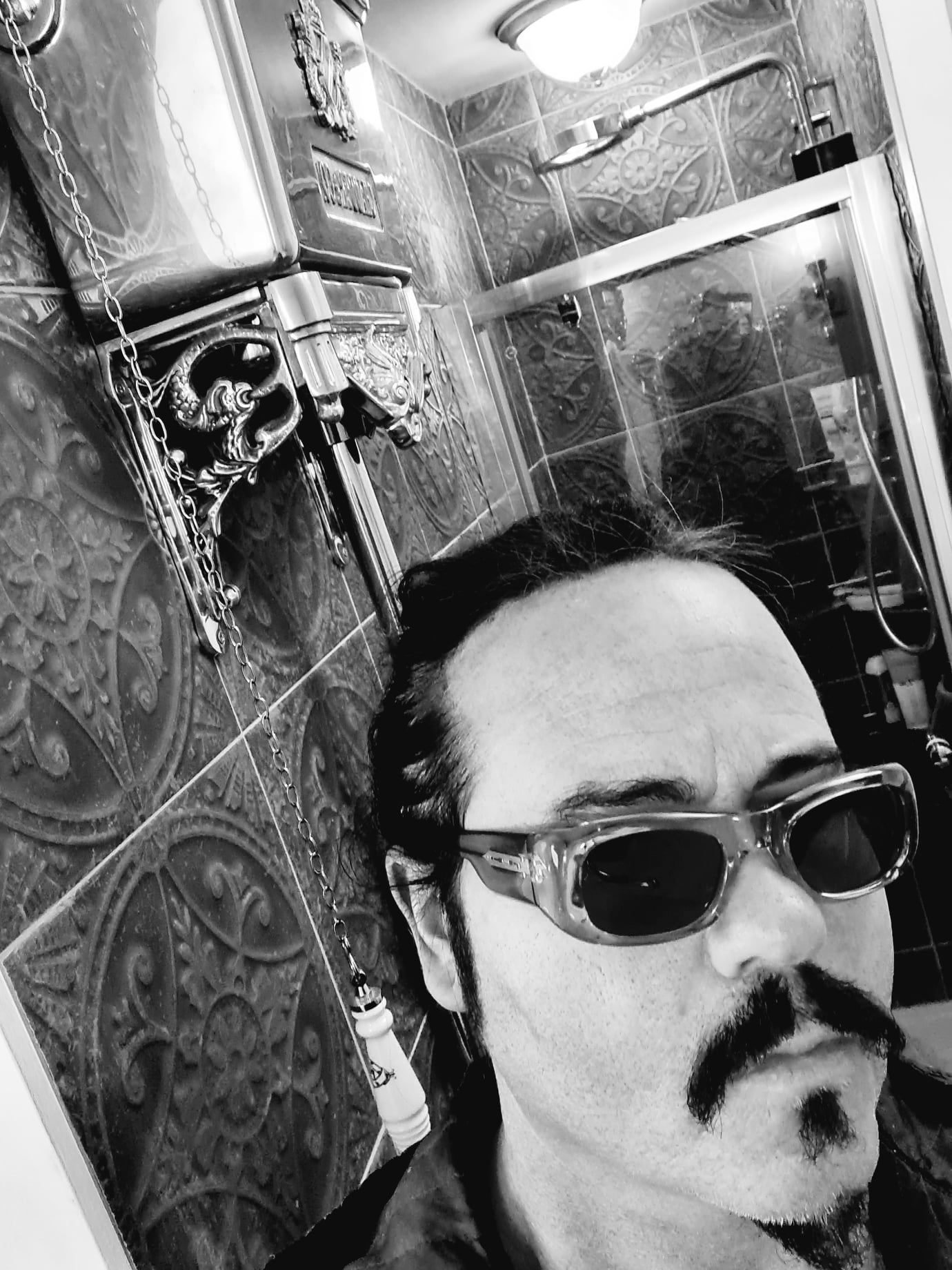 Liam Brandon Murray is a fine art fashion artist with a difference. He sculpts wearable art ranging from jackets, shoes and dresses to hats and handbags. Inspiration comes from stately homes and their furnishings, and from alien/futuristic worlds, blurring the line between fine art sculpture and fashion. His debut RAM Gallery exhibit will feature a mind-blowing throne/chair and examples of his garments.

Q. How did you get started making these incredible pieces and where did you learn the skills?

“I basically wanted to take fashion into another realm, to cross over fine art sculpture with fashion. Other designers have tried to do that in one sense or another, but I saw a gap there where they hadn't truly done it. So, I thought about bringing actual practical sculpture to garments that can be worn. When people ask what my education is and what university I went to I always just point up to the sky. I got it from there. If they say 'Where's that?' I just say it's God-given. That's how I've been educated and trained. I have come up with a unique way of doing everything in the sense that I'm making sculpture that is soft, washable, pliable, durable – the longevity is much greater than you normally get with those kind of materials – and this is because I've not been to university or college.”

Q. Are the garments you make actually for sale?

“Very, very people own a piece of my art. What I am doing actually is trying to create a collection that makes a fantastic art exhibition / fashion show and pieces to send out to events such as Bloodstock. I have this guy at the minute who's making this film about Dracula's brides and he's been looking all over the world for something completely unique and different and he's come across me and he's choosing me to be the person to dress these Dracula's brides. It's nothing to do with Dracula really, he becomes a background part. The idea of creating the collection is that I'd have all these things to present and put forward for whatever reason. I've started to do some furniture and accessories like cushions and things like that, which sell.”

Q. Your work somehow seems to exist outside time, almost like creations from a parallel universe.

“Well thought out Greg, that's exactly it! People kept saying to me 'Movie industry! Movie industry!' but I said 'That's fine, but it's not what they're designed for.' Don't get me wrong, I'm not going to turn it down, it's a great thing if somebody offers. But at the same time, the idea was to make something that would be sorta beyond the movie industry, so it's that detailed and that mind-blowing and that out of this world, surely it'd be wasted in two seconds on screen. This is why I'm now interested in the performance thing because it doesn't just get a two second look.”

Q. Some people who've seen the throne you're exhibiting in the RAM Gallery mention the work of H.R. Giger. Have you been influenced by any other artists?

“What I'm about to say you'd probably get some artists saying and you'd think 'Bullshit!', but I'm gonna say it anyway. I try not to get any influence from anyone. The Giger thing I've heard a few times, and you know what people on the Internet are like, trolls, I've had the whole lot, 'You've copied this!' or 'Giger did one of these dresses!' In each case, I've shortened it really quickly and I've said 'Find me one'. In no case, not one single solitary person has come back and found anything of the sort when they've actually been faced with the challenge. When I make a piece of art, I don't actually know what's gonna happen. I have some sort of idea but I let the piece dictate to me. From the beginning I work on – and it sounds a bit odd but it's not as odd as it sounds – I just try to work on a sensory thing. I always tell people that I don't make anything. I confuse people by saying that it's not me that's actually done it. My hands put it together, but it was the thing itself that did it, it kinda built itself.”

Q. Tell us something about the items you'll be showing in the gallery.

“The coat I'm making for Bloodstock is called The Coat of Horns. When I started making it I was realistically making for someone who would have the balls to go out on stage in it. I've gone off on a bit of a tangent with it, so it may be a bit heavy duty for that, but basically it's designed to break up into pieces. So you would start off your first track and you'd be in this full trench coat and then you'd take the collar off, then the arms, so with each track you're going through, you have a different look. It's pretty heavy to start with but it breaks down and breaks down and eventually you're just stood there in a waistcoat.”

Q. The throne – chair is too small a word – is absolutely amazing. It almost looks like cast iron but it's made using a special blend of synthetic materials including rubber. Tell us a bit more about it.

“I had a very basic idea that I wanted the sitter to be encased in it, not just with a flat back and two arms like a regular throne, it would actually be coming over your head. I love my art to be interactive and this is a piece of art you can use. When people sit in it they're surprised, because it's comfortable, even though it looks like hard sculpture. I also knew I wanted to make it an off-black colour, and I wanted it to kind of look – earlier you mentioned out of this world – like a throne that wouldn't have come from this realm. After that I let the throne build itself. I always try to supersede the idea that I had. It's why the coat went off on a tangent. It was supposed to be easy for performing in – and I'll get that down next time - whatever's in my wildest dreams or imagination, I will beat that in reality.”

Q. As well as your first exhibit, this will also be your first visit to Bloodstock itself.

“I'm intrigued to see what goes on there. I do like a bit of rock and metal. I'd like to create something for that world, but what I want to do is say 'How about we do it this way? How about we do it that way?' I'd be interested in creating but not giving them the typical things they're used to. I like to see things move on – not necessarily for the worst – but keeping the genre as it is but just giving it a little tweak.”